How are we doing? 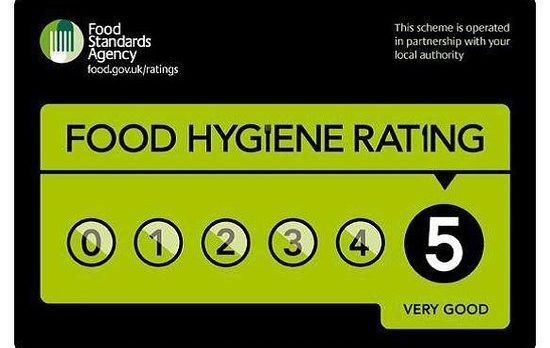 The 5-star rating is the highest level of food hygiene recommendation given out by the council and confirms ‘Lifestyle in the Garden’s’ commitment to excellence within the local community.

The Café which is situated within the grounds of Norfolk Gardens, Littlehampton was taken on by ISS Lifestyle in 2016 as part of ISS’s close working partnership with Arun District Council after retaining the Greenspace Management contract last year.

The 10-year Greenspace Contract which will run until 2027, has seen ISS take on the running of Arun’s outdoor recreation facilities as well as the upkeep of parks, cemeteries as well as the repairs and maintenance of more than 70 play areas.

Since winning the contract ISS lifestyle have spent £10,000 refurbishing the café which has received a major overhaul including a complete redecoration as well as a substantial update to the kitchen area including new equipment. There are also more major works planned throughout Norfolk Gardens later this year.

“it’s excellent to see that our hard work over the last few months has paid off. When we took over the café it was in a pretty poor state and had been closed for nearly a year so to see it receive a 5-star hygiene award already shows just how far we have come. Before we took over the running of the café from its old management it’s previous hygiene rating was 2-star so it’s very encouraging for us especially with the summer season fast approaching.”

The café which overlooks the beautiful Littlehampton seafront serves locally sourced produce including delicious homemade cakes, barista-style coffee, freshly made sandwiches and baguettes as well as a variety of ice creams is open 7 days a week.

Call the Lifestyle Team on 01903 737966 for any questions or queries or visit www.isslifestyle.co.uk